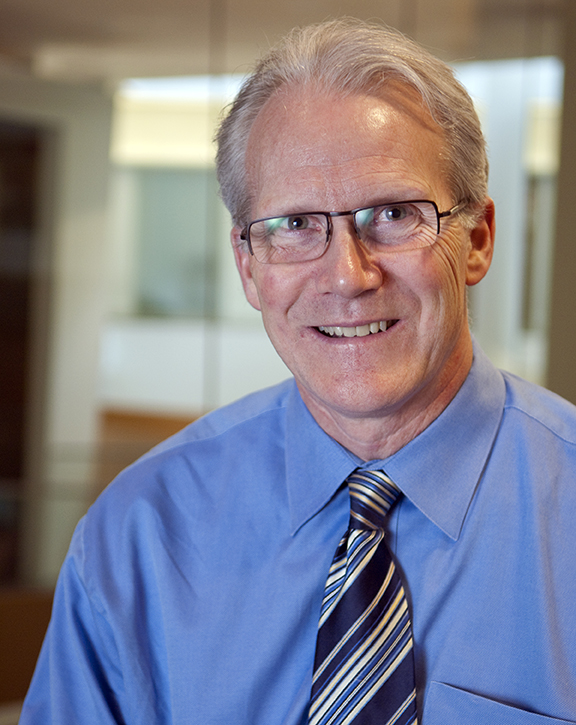 in honor of Randal E. Bryant and his 10-year service as dean of SCS from April 2004 through June 2014. Income from this fund provides full or partial fellowships for graduate students in the School of Computer Science.

After 36 years on the CMU faculty, Randy retired from teaching in 2020. Gifts to the Fellowship Fund in Randy's honor are welcomed as a way to show appreciation for all he has done for CMU and SCS.

During his tenure as dean of SCS (2004-2014), Bryant championed new research initiatives in data-intensive computing, urging the academic computer science community to make it a research priority. He also worked to increase the resources available for this work; in 2007, for instance, SCS became the first school to get its researchers access to a dedicated Yahoo computing cluster.

His own research has focused on developing computer-aided design tools that simulate and verify digital circuits - seminal work for which he was honored with major awards from several professional societies, as well as membership in the National Academy of Engineering and the American Academy of Arts and Sciences.

A faculty member since 1984, he continued to teach undergraduate courses while he was dean. One of his most lasting legacies in teaching is the development and sustainment of 15-213, the introductory computer systems course which has educated thousands of students and has involved dozens of faculty members in both SCS and ECE, and is a core part of the preparation students receive in a variety of undergraduate and masters programs. Additionally, along with David R. O'Hallaron, CMU professor of electrical and computer engineering and computer science, he authored the textbook "Computer Systems: A Programmer's Perspective," which has built a community of instructors at 400 institutions worldwide who use the textbook, the labs, and other material.

During his tenure as dean, the number of SCS undergraduate applications more than tripled and combined undergraduate and graduate enrollment reached 1,686, an increase of more than 50 percent. Annual research funding more than doubled to $99 million. The first Machine Learning Department was launched and the Lane Center for Computational Biology became a seventh academic unit within the school.

A new $98.6 million home for the school, the 217,000-square-foot Gates and Hillman centers, was designed and built during his term. Several major research projects began, including the National Science Foundation's Quality of Life Technology Center and a $10 million partnership with Yahoo Labs to advance personalization of mobile devices.