All School of Computer Science undergraduates embody technical excellence. They fearlessly complete one of the toughest CS curriculums in academia, ultimately becoming the graduates most sought after by leading tech companies. But even among this group, some students exude an "it" factor that makes them stand out. They demonstrate the passion to tackle research problems no course requires. They start their own initiatives at CMU. They energize their peers, and serve as teaching assistants and mentors to help others succeed.

The SCS Alumni Advisory Board created the Mark Stehlik SCS Alumni Undergraduate Impact Scholarship to honor students that go that extra mile. It recognizes and supports SCS undergraduates whose drive for excellence extends beyond the classroom — students who make a difference both in the field of computer science and the world around them. Awarded near the end of a student's undergraduate career, the Stehlik Scholarship encourages SCS students to increase their engagement in research and community service, and reach beyond their courses and grades.

It seemed only fitting to name the award after Mark Stehlik, teaching professor of computer science and assistant dean for outreach, who has been a tireless force in encouraging a generation of CMU students to excel at CS — and at life. 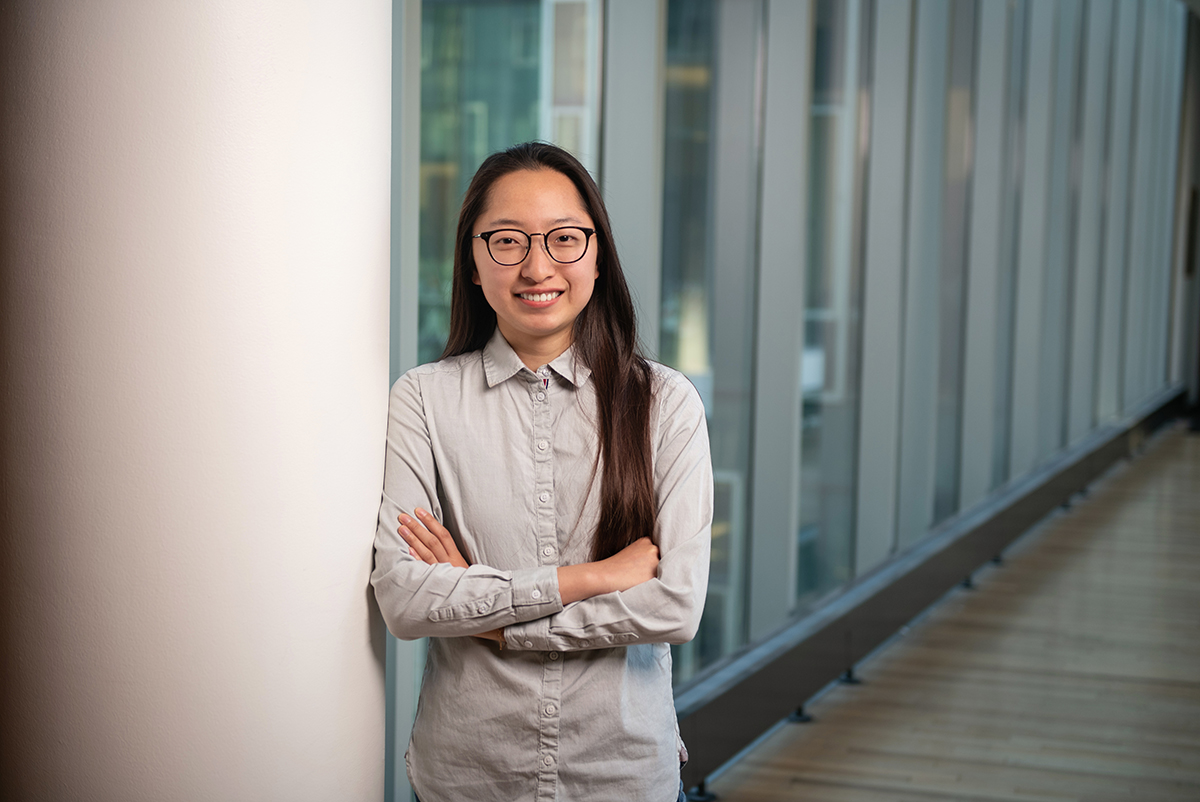 A longer version of this story appeared on our News website.

Senior Wenxin (Freda) Ding always dreamed of being a teacher. And while she's majoring in computer science and math — not teaching — her dedication to helping others ranks high among the reasons she's earned the 2019 Mark Stehlik SCS Alumni Undergraduate Impact Scholarship.

When Ding entered CMU as a math major, she had no programming experience. But during her first semester, she took 15-110: Principles of Computing and was surprised by the power coding offered. "I feel like when you're coding, it's like you're writing a story of your own," Ding said. "You have to make decisions about your structure and your code. The creativity that coding gives you goes way beyond what I had expected."

She was also impressed with how much help the course's teaching assistants (TAs) could offer, and immediately applied to be a 15:110 TA the next semester. Rejected, but not defeated, she reapplied for a position the summer before her sophomore year, and was accepted. She went on to TA for 15:110 during both her sophomore and junior years, rising to the rank of associate head TA during the latter.

Ding's service to the larger community also includes volunteering for CMU's chapter of Strong Women Strong Girls, a mentoring organization dedicated to creating an outside support system for young girls and helping them develop skills for lifelong success. As a freshman, Ding regularly traveled to the Boys and Girls Club in Lawrenceville to share stories of successful women in various fields with elementary school girls. "That was a meaningful experience," Ding said. "When the girls talked about what they love and what they want to do in the future, their eyes still shone brightly."

Beyond mentoring, TAing and carrying a full course load, Ding has also performed research since her first year at CMU. Ding recently learned that she's been accepted into the SCS Fifth-Year Master's Program, and after that she hopes to pursue a Ph.D. in theoretical computer science — allowing her to perhaps fulfill that childhood dream of becoming a teacher.

For More Information About This Fund:

A portion of your gift to Carnegie Mellon is allocated to our Administrative Fee.