In Carnegie Mellon's School of Computer Science, we want all of our Ph.D. students to have the chance to create the Next Big Thing, to engage openly in intellectual inquiry without worrying about losing their funding. We want them to freely explore. We want them to change the world.

To ensure that all of our students have this opportunity, we've created the CSD50 Graduate Fellowship Endowment Fund to guarantee that each SCS Ph.D. student has the support to fuel their research and exploration while at CMU. Contributions to the fund will help us attract, retain and support the best computer scientists in the world as they create the future.

Your gift to the CSD50 Graduate Fellowship Endowment Fund will help us create the next life-changing breakthroughs in computer science. You can make your gift online.

Honor the Past by Investing in the Future

When you give to the CSD50 Graduate Fellowship Endowment Fund, you not only support the future of computer science, but you can recognize the contributions of individuals whose roots are deeply planted in the SCS earth. We've specifically highlighted four individuals you can honor with your gift: Sharon Burks, A. Nico Habermann, Raj Reddy and Joe Traub. You can make your gift online and specify one of these SCS legends in the "Comments" box.

Sharon Burks (former associate department head for CSD and assistant dean for SCS) — Sharon was an integral part of the CSD and SCS families for her 30 years on campus. In addition to her role as an administrator, she always provided advice, encouragement and a shoulder to lean on to those around her. Sharon is now retired and lives in Alabama.

A. Nico Habermann (former CSD department head and founding dean of SCS) — Nico’s vision that computer science at Carnegie Mellon merited a school changed the course of the university. So did his leadership and collaboration with others to found the Software Engineering Institute. His rigor in everything he did, and especially his deep dedication to teaching and mentoring students, left a profound mark on the university.

Raj Reddy (former dean, Moza Bint Nasser University Professor) — Raj has helped computer science grow and flourish for decades, both at CMU and around the world. He is famous for enlisting teams to explore expansive ideas that ranged from academic robotics and a new campus to a software institute and a vision of education to help the world’s population. Raj's reach and that of his graduate students is nearly immeasurable.

Joe Traub (former CSD department head) — Joe built on the vision of CSD's founders: that academic computer science was key and needed to be nurtured carefully. He recruited outstanding faculty and students, and diversified CSD's breadth and funding. His deep love for Carnegie Mellon was clearly evident even during his last trip to campus in early 2014 with his wife, Pamela McCorduck.

In Their Own Words

We could go on about why the CSD50 Graduate Fellowship Endowment Fund is important. But we'll let people directly impacted by fellowship support tell you instead. 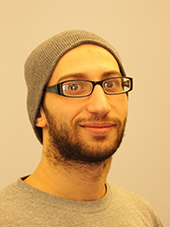 Waleed investigates ways to apply the same sort of technologies that are available for languages like English to languages with fewer resources — but with just as many speakers. His Google Fellowship made a huge impact on his work at CMU.

"It really felt like a great acknowledgement of the effort and sacrifice my family and I have been putting into this education and this program," he said. "It also meant that it's easier to talk to people and introduce yourself. They can more easily collaborate with you. Since I got the award, I found that more people were willing to collaborate with me on projects."

"You get to work on anything you want to work on," he said. "Most students are tied to the project that's funding them. You have to deliver on these projects. So if you have a brilliant idea on a different topic, you can't really work on it.

"The academic freedom — the ability to work on any project you would like to work on, the research freedom students get by using these fellowships, is very precious. I can't describe how important it is." 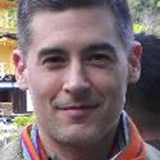 Chris earned his Ph.D. in CS at a time when most computer science students received a full fellowship for the duration of their graduate work. After his first two years, he benefitted from a National Science Foundation fellowship. He studied operating systems and distributed systems in the MACH group at CMU, and went on to be a big player in the customer-relationship management software business. But fellowships were vital to his success.

"Basically the entire time I was at CMU, I was either on an SCS fellowship or an NSF fellowship, so I was perfectly free. If you want to pursue a line of research you can do it because you aren't constrained by contract deliverables or anything like that. The support is completely decoupled from the funding. That was the great thing about the environment — you didn't have to worry about that kind of thing," he said.

"I would say that having the kind of environment that is conducive to basic research — where you are free to pursue whatever line of intellectual inquiry you want without constraint from funding sources — is how you lead to big breakthroughs, the kind that computer science has delivered in the last few decades. And if all the money is applied research and dictated by funding sources, we're not going to see the kind of big breakthroughs that we've seen before." 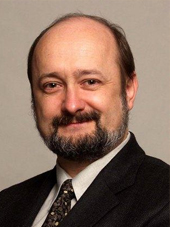 From an early age, Alex had a dream of building technologies that could overcome language barriers. After studying speech synthesis at MIT as an undergrad, he joined Raj Reddy's team at Carnegie Mellon to study speech recognition and earned his Ph.D. in 1986. He went on to study machine translation in Japan, where funding was virtually unlimited, before returning to CMU to create the first end-to-end speech translation system. His work has since expanded into multimodal interfaces and languages technologies as applied to humanitarian efforts. But he hasn't forgotten how important having the freedom to experiment and explore was to his early career.

"We really have a gap in providing a free space for young people to learn and expand and do pioneering things. One of the most creative moments in my career was when I had this post-doc year in Japan and they had a lot of money and I could do what I wanted. So we had a chance to come up with new neural network algorithms that at the time made a big splash and are still being used today. Had we never had this 'go play for a year or two' opportunity, it would never have happened," he said.

"I think we need to create such opportunities by providing free space for people with really good ideas to blast off and try them."