This list was put together in 2016 by Chris Atkeson.

Clicking on images will get you a higher resolution image, if it is available.

Robots at the Field Robotics Center 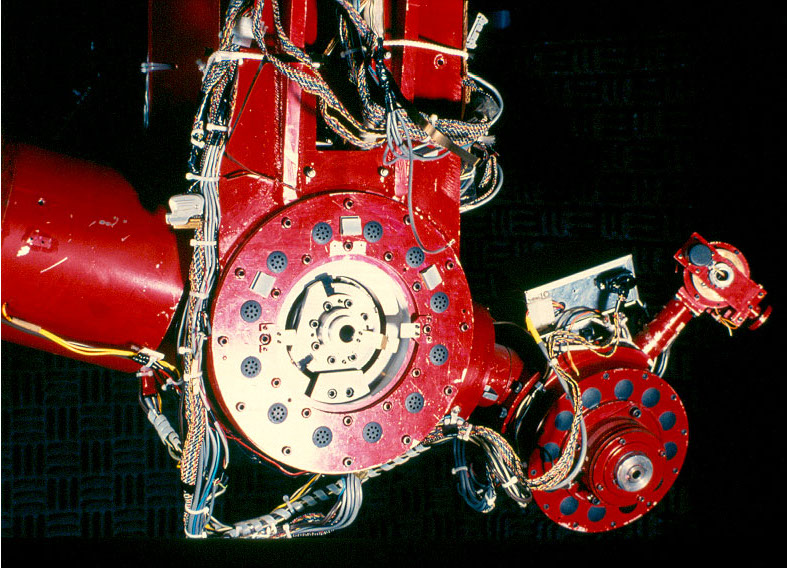 TMI and Fukushima: How Robots Were Used in Response

Navlab 1 (1986) was actively working as the power source for farm equipment that feeds animals from a grain silo. Some farm in Zelienople that a farmer had given Omead permission and the ability to fly and test his helicopters.

Unfortunately the Navlab5 minivan was owned by Delco/Delphi. A couple years after No Hands Across America they asked us to return it and from what I hear, they had it crushed. :-(.

Pluto: Moravec's 6-DOF wheeled system. The last Pluto existed until 9 years ago, when it was dumpstered during a purge. (Red)

Donated to the Boston Computer Museum, which closed. Moved to Computer History Museum

Neptune (and two darker blue copies made by other labs) were in the catacombs under the highbay as recently as a year ago (2016).

Damaged in Newell Simon Hall flooding, and thrown out.

It's still at Seegrid. [Moravec]

Dante II is at NREC.

We need to get the early CMU ones back at CMU.

Another one at NREC?

* The Microbot Mini Movers were the first commmercial educational/research robot at CMU. These were purchased and broadly utilized in research, teaching and demonstrations.

I was using a bang-bang robot that I controlled with voice. David Bourne

* Commodore 64/Hero robot. Jim Crowley had the heavily modified Hero robot. It used an upward pointing Polaroid sonar sensor and a right-angled cone that spun, giving a range map of the surroundings. Crowley's was taken, canibalized and destroyed (Red).

Jim Crowley built the first mobile robot based on the Commodore 64/Hero robot. But he automated mapping of the workspace.

* American Robot Merlins came along in the early 80's. They were produced in Pittsburgh by Romesh Wadhwani (cmu alum)

Note to self: The RI published an annual research review starting from year 1. The CMU Archive has online copies.